A brief history of the High Pointe Church 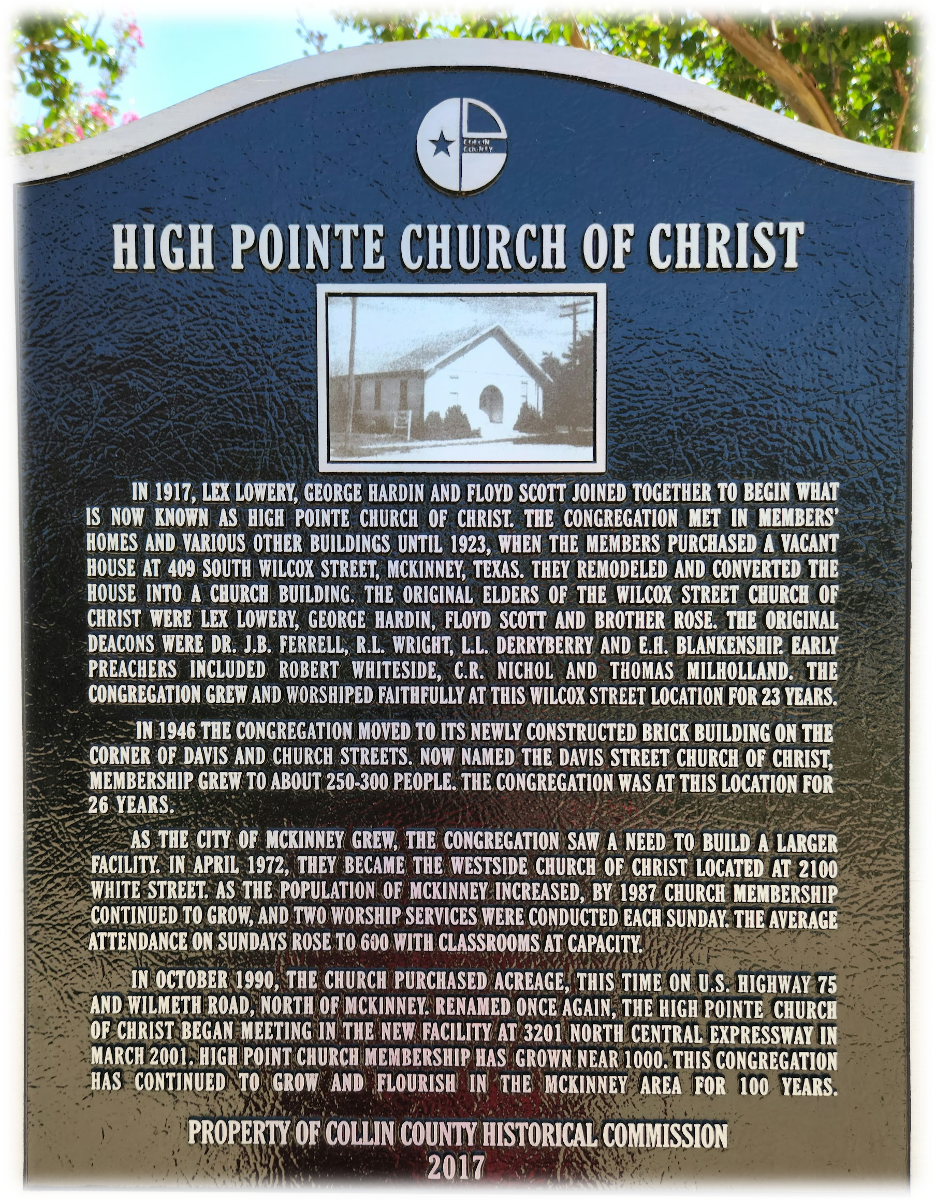 In 1917, Lex Lowery, George Hardin and Floyd Scott joined together to begin what is now known as High Pointe Church of Christ. The congregation met in members’ homes and various other buildings until 1923, when the members purchased a vacant house at 409 south Wilcox Street, McKinney, Texas. They remodeled and converted the house into a church building. The original elders of the Wilcox street Church of Christ were lex lowery, George Hardin, Floyd Scott and brother rose. The original deacons were DR. J.B. Ferrell, R.L. Wright, L.L. Derryberry and E.H. Blankenship. Early preachers included Robert Whiteside, C.R. Nichol and Thomas Milholland. The congregation grew and worshiped faithfully at this Wilcox street location for 23 years.

In 1946 the congregation moved to its newly constructed brick building on the corner of Davis and Church streets. Now named the Davis street Church of Christ, membership grew to about 250-300 people. The congregation was at this location for 26 years.

As the city of McKinney grew, the congregation saw a need to build a larger facility. In April 1972, they became the westside church of Christ located at 2100) white street. As the population of McKinney increased, by 1987 church membership continued to grow, and two worship services were conducted each Sunday. The average attendance on Sundays rose to 600 with classrooms at capacity.

In October 1990, the church purchased acreage, this time on u.s. Highway 75 and Wilmeth road, north of McKinney. Renamed once again, the high pointe Church of Christ began meeting in the new facility at 3201 north central expressway in March 2001, High Point Church membership has grown near 1000. This congregation has continued to grow and flourish in the McKinney area for 100 years.